Halloween came early for Los Angeles. The Growlers transformed the historic Hollywood Palladium into a night of horror as they sold out the last show of their Beach Goth tour in the U.S. After the alluring Kirin J Callinan opened up the evening, as well as a thrilling performance by Michael Jackson, the band was welcomed onstage by Madame Elvira where they played a two hour set in wicked costumes and makeup. 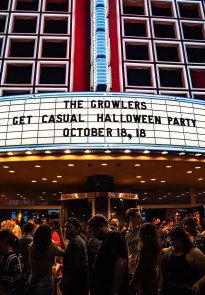 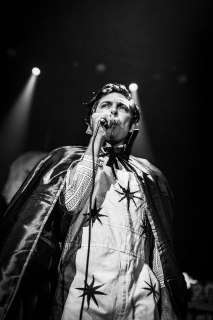 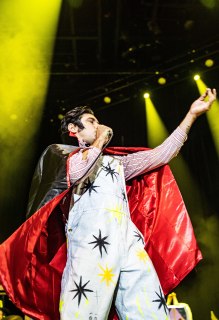 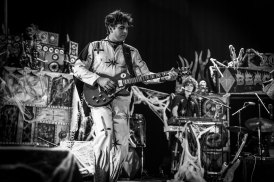 Hailing from London, Shame’s post-punk spirit and frenetic performance left me and my concert buddy in a daze, as it was nothing like our expectations from having heard just one of their songs. Their authentic London flair, pure enthusiasm and the charming demeanor of lead singer Charlie Steen as he talks with the crowd can persuade any audience into really embracing their music.

Shame will always be adored in the local music scene and welcomed in Los Angeles. Their shows are a wild ride and you won’t want to miss them the next time they’re in the U.S.! 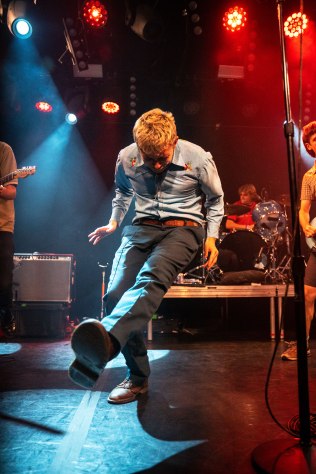 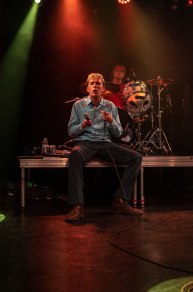 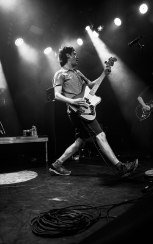 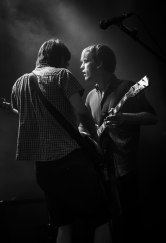 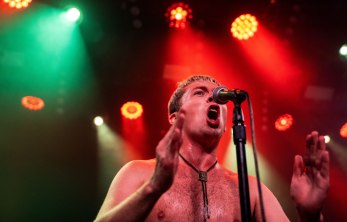 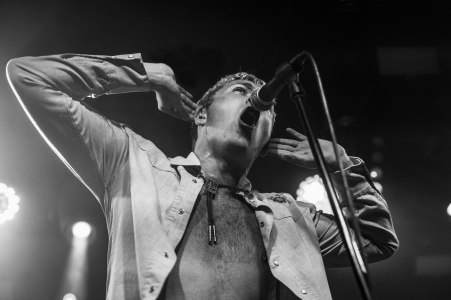 Los Angeles based folk-rock artist, Phoebe Bridgers had a whimsical set opening up for The National. Bridgers wowed the crowd with her flawless falsettos and dreamy presence. Her relatable lyrics and her light funny banter between songs will swoon you. As she is wrapping up a tour with The National, the talented songstress will be hitting the road again within the next few months. Check out her tour dates here, she is an musician you do not want to miss. 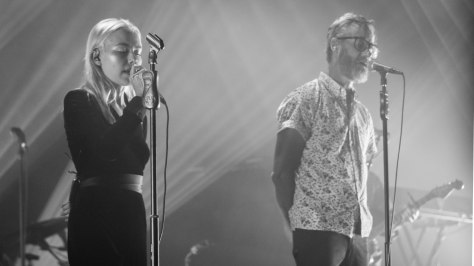 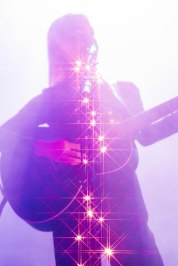 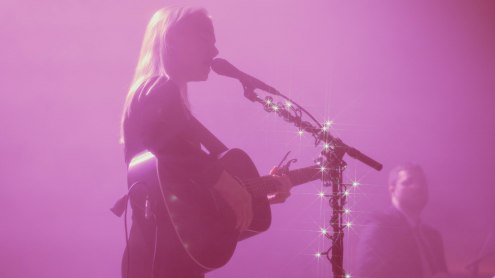 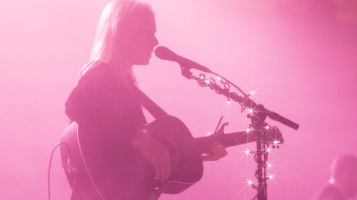 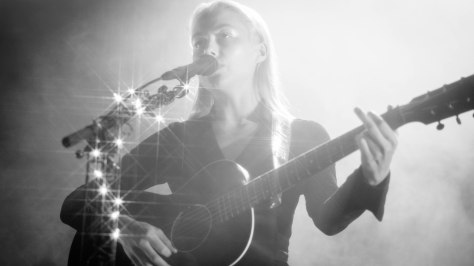 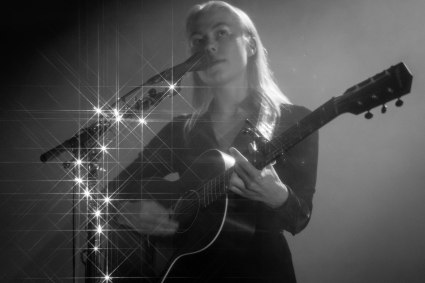 Following the release of his latest album, God’s Favorite Customer, Father John Misty officially commenced his current tour at the Hollywood Bowl this past Sunday. Father John Misty, also known as Grammy award-winning singer/songwriter, Josh Tillman, was accompanied by Big Thief and Gillian Welch: an artist that Tillman has personally wished to share a marquee with since his alias was “a lot less stupid.”
As the audience was subjected to an apocalyptic visual of the Hollywood Hills engulfed in flames, provided by the Pure Comedy short film released earlier last year, Tillman entered the stage adorned in all white and debuting his newest look- consisting of short hair and a trimmed beard- in stark comparison to his typical image. “Funtimes in Babylon” served as an appropriate opener to his set, as Tillman warned the audience of his arrival and presence in the venue’s location of Hollywood, which was extremely fitting considering his recent cameo in Hotel Artemis for which he also released the song “Gilded Cage”, independent from his album released the same week. Songs such as “Hollywood Forever Cemetery Sings” and “Only Son of the Ladiesman” also paid homage to his residency in Los Angeles, as Tillman sang about the Sunset Strip and of being a Dodgers fan, likely helping him win over those in the audience priorly unfamiliar with his material. Though promoting God’s Favorite Customer, the setlist included a variety of songs from all four studio albums that seemed to flow together effortlessly, providing the audience with a fair representation of Tillman and his musical thematics.
Though the majority of the show lacked his usual on-stage banter and improvised commentary, Tillman still managed to make the audience laugh after shocking them with lyrics as presented in “Pure Comedy”, acknowledging its probable impression and reassuring that “it gets worse.” Evident by his performances of “Mr. Tillman” and “Date Night”, songs from God’s Favorite Customer translated extremely well live, as Tillman sauvely paraded around the stage with a sense of confidence and enjoyment similar to “The Ideal Husband”. With help from his orchestrative ensemble, Tillman was also successful in transforming his slower songs into even more brooding ballads, as he took to the piano for an intimate performance of “Just Dumb Enough to Try”. While the deprecating motif of God’s Favorite Customer is already perceptible through the studio recordings, Tillman’s vulnerability manifested even greater live, as animated images of flowers bloomed behind him during “Please Don’t Die”- symbols of fertility and revival that were reminiscent of those portrayed in the music video released earlier this month through Sub Pop and Bella Union. The stage’s dramatic lighting also contributed to the intensity of songs such as “Things It Would’ve Been Helpful to Know Before the Revolution”, as bright beams danced sporadically around the stage and the song progressed into its chorus.
For an artist with such a theatrical stage presence, the Hollywood Bowl was an ideal homecoming for Tillman’s extravagant demeanor and awe-inspiring music. Look out Hollywood, here Father John Misty comes. 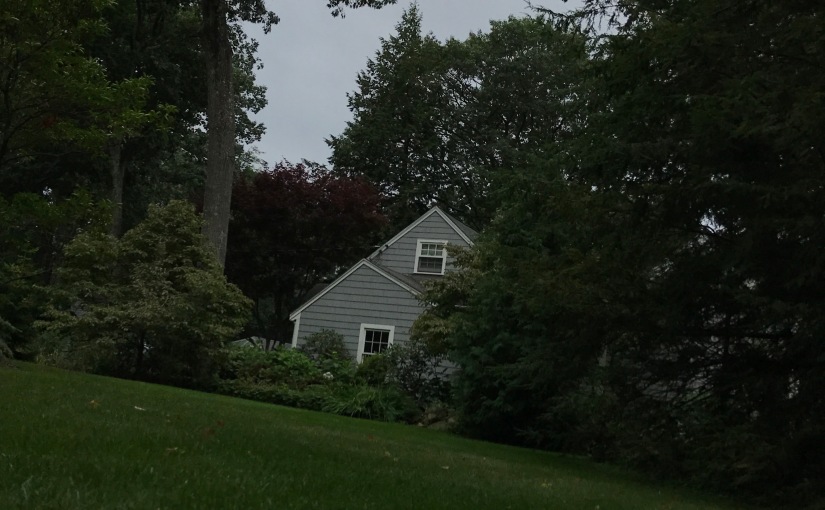 sitting out front, watching you weed the sassafras
the afternoon drenches us in heat, as cars pass
hell’s bells never sounded so melodic
you’re standing so tall in your big boy boots
and i’m covered in pollen

tear my hair up from my head
like you’re ripping up dead grass
from the earth
take me apart
calculate my worth
i have waited for so long
break my bones oh my god
how do i find you when i’m gone?